In the world of music, yesterday we lost one of the most iconic musicians that ever lived. For most of my life I was aware of David Bowie. Like many of my generation, my parents would listen to his albums for hours which slowly worked its way into my mind. However, it was more than my mind that was affected, his music wove its way into my life without me ever knowing how much impact it had in my life.

Like many people do, I would turn to music to sooth my woes or take me away to another world – sometimes away from my pain. For me, Bowie’s music often escorted me on a journey across the stars and back down to earth while other times the music told me it was okay to be different; to be “strange”.

Ironically, it wasn’t until about a year ago that I realized how much David Bowie’s music had on my life. On December 27th of last year, I had the honor and privilege to see the David Bowie exhibit in Chicago. What an experience! The exhibit was completely interactive. As we toured through the exhibit, each area would come alive to regale us with personal stories and occurrences throughout David’s life.

It was the most thoughtful and complete collection of music memorabilia dedicated to one musician. Most of the exhibits were given on loan from David Bowie himself. There was everything from original hand-written lyrics, original costumes, music videos, original art, and more. All in honor of one man.

At the time I was so enamored by everything I saw and experienced that day, I went from ‘just a fan’ to ‘super fan’ overnight. It wasn’t like I never heard his music before, on the contrary, the exhibit exposed the fact about how much his music was already in my life.

From that day forward, my husband and I climbed through record shops to find that elusive but fairly priced rare David Bowie vinyl record. Even before his passing, his vinyl records were hot and in demand; it took many months of looking before we finally found one in good condition and at a price that wouldn’t drain our bank account. Even after our vinyl search was done, we went on further by compiling a complete David Bowie digital library and listened to entire albums together in our living room and explored vintage footage of Ziggy Stardust.

I chronicled our David Bowie exhibit experience in my art journal with the intention of unveiling the entry on January 1st of this year, but got sidetracked that day and simply forgot to post my journal entry. I was about to post the entry this week but was completely taken aback yesterday when I heard the news in the wee hours of morning of David’s passing. I cried tears as my husband told me the details of his passing. After 18 months of battling cancer, just shortly after celebrating his birthday, David Bowie has left this world.

However he will never completely leave us. He left us a legacy of music that will continue to span generations. He also left us with one final album; a swan song to a great man that continued to explore new areas in music until his last. I insisted yesterday that we get his final album “Blackstar” and listen to it in the evening. I love his new album for many reasons.

One of the first reasons is that each track he laid down contains a unique collaboration of sounds and soothing vocals with sweet undertone of jazz infusions. Another reason I love it, is that although some of the songs contain explicit language, which normally I don’t care for, it is done in such a way that it quietly shocks you into paying attention to what is being said. It’s classically David Bowie without replicating anything he has ever done before. It is exploration into new sounds and combinations that is stunning to the ear. And for the simplest reasons of all, it made our canary sing.

To explain, our little canary rarely sings. Even after months of trying to train him, our little guy doesn’t sing all that much. Imagine our surprise and delight when quietly out of the corner of our living room a beautiful and sweet sound came out of our canary as the first sounds of his album played. Our canary’s song entwined its way into the melodies of the album. A few tears fell from my eyes as I realized that this was a most fitting tribute to a most wonderful musician from one of earth’s smallest creatures.

I took most of yesterday to say goodbye to the man, but I will never say goodbye to his music. Here is the post that I intended to remember a time when he was alive, but now I post this in tribute to his memory. 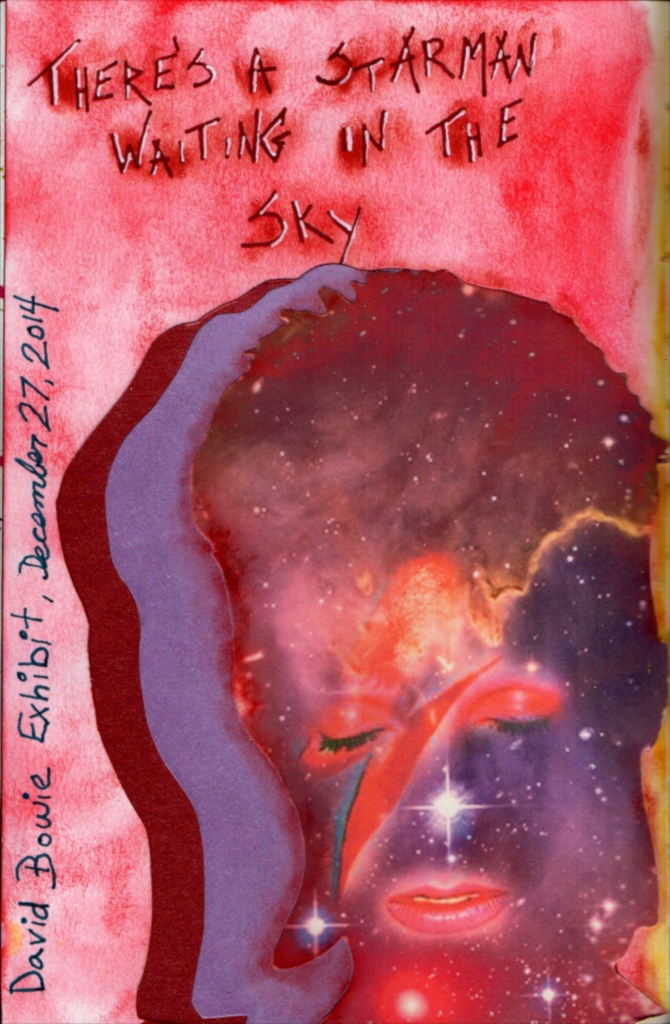